In recent years, Nicolas Cage has risen to fame for his unmatched overacting and unintentionally hilarious rendering of roles requiring gravitas. To our good fortune, the star of Lord of War delivered one of his better performances in this war/crime film. Cage plays a Ukrainian-born New Yorker, Yuri Orlov, a disgruntled man whose zest for life pulls him into the shadowy realm of arms trafficking. We watch him progress from small-time peddler to weapons supplier extraordinaire to dictators and militias alike. All the while, his moral compass is seriously put to the test.

As transpires from the storyline, Lord of War provides fertile ground for international law discussions, whether they pertain to co-operation in transnational law enforcement, United Nations sanctions, international criminal justice, the legal framework governing the small arms trade etc. Ample are the themes from which to choose and it comes as no surprise that this film is frequently screened at NGO-hosted movie events, Amnesty International being a prime example. The selected extract deals with a less likely topic given the general thrust of the movie: maritime interdiction.

The scene ensues as follows. Located somewhere off the coast of Colombia, Orlov peers into the distance from the deck of the Kristol, a Panamanian-flagged freighter. Our globetrotting sanctions buster is headed for an undisclosed country to deliver weapons and ammunition. Orlov’s smooth sailing is abruptly ended when he receives a distressing phone call: an Interpol team, led by law enforcement official Jack Valentine, is closing in on his ship. Valentine (rightly) suspects something fishy is stowed in the cargo hold and is determined to find out. With only a few minutes remaining before imminent boarding of the Kristol, Orlov concocts a cunning plan of deception. On his orders, the name of the ship marked on the bow is hastily painted over with the name of an innocuous Dutch ship (the Kono) and the flag of the Netherlands is hoisted in lieu of the Panamanian one. When Interpol opens one of the containers, they are astonished to see potatoes roll out. The deadly contents are in fact concealed behind the large potato pile. When Interpol is fed false information from a corrupted intelligence officer about the alleged sighting of the Kristol, Interpol is left befuddled. His gut feeling notwithstanding, Valentine and his crew are compelled to leave Orlov’s ship.

The extract described above offers a representation of international law, from which, I would argue, three conclusion may be drawn. The first is that the law emerges as relevant and rather robust – at least at face value. In some respects, Lord of War portrays international law as a particularly strong tool in the fight against the illicit arms trade. In his soliloquy, Orlov prides himself on the fact that his maritime smuggling defies not one but “half a dozen” international arms embargos, suggesting legislative fervour on the part of the international community. Interpol features as a powerful agency equipped with warships and far-reaching enforcement jurisdiction. To the best of my knowledge, it would be beyond the remit of Interpol, a facilitator of transnational police co-operation, to autonomously undertake this type of action. 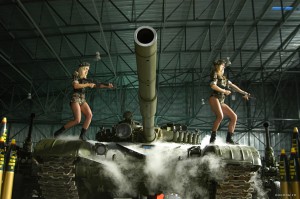 And yet, despite the perceived threat of sanction, Lord of War adds a second layer to the representation of international law: an imperfect system which can fall prey to abuse. The law knows many ambiguities and loopholes, which savvy miscreants exploit to their advantage. Orlov, of his own admission, takes to the “grey” zone like a duck to water, i.e. a juridical no man’s land where nothing is clearly legal or illegal. Let us consider his strategy. Orlov’s familiarity with the law of the sea shows in his choice of flag State, Panama. Other than having the world’s largest shipping fleet, the Central American nation is known for its flag of convenience with easy registration, loose standards and lax regulation enforcement. To this one can add the protections afforded to his ship. The Kristol is in all likelihood situated somewhere in the Colombian exclusive economic zone or the high seas proper. In both maritime spaces, the vessel enjoys the freedom of navigation and falls under the exclusive jurisdiction of the flag State. These principles form a shield against interference by third States, or in our case, Interpol. Save in exceptional circumstances warranting the right of visit (which would include changing the flag during a voyage), a ship may not be boarded without the flag State’s consent or in pursuance of a UN Security Council resolution (adopted under Chapter VII of the UN Charter). By successfully passing off his vessel as a non-suspect ship, Orlov convinces Valentine that he has overstepped his jurisdiction. 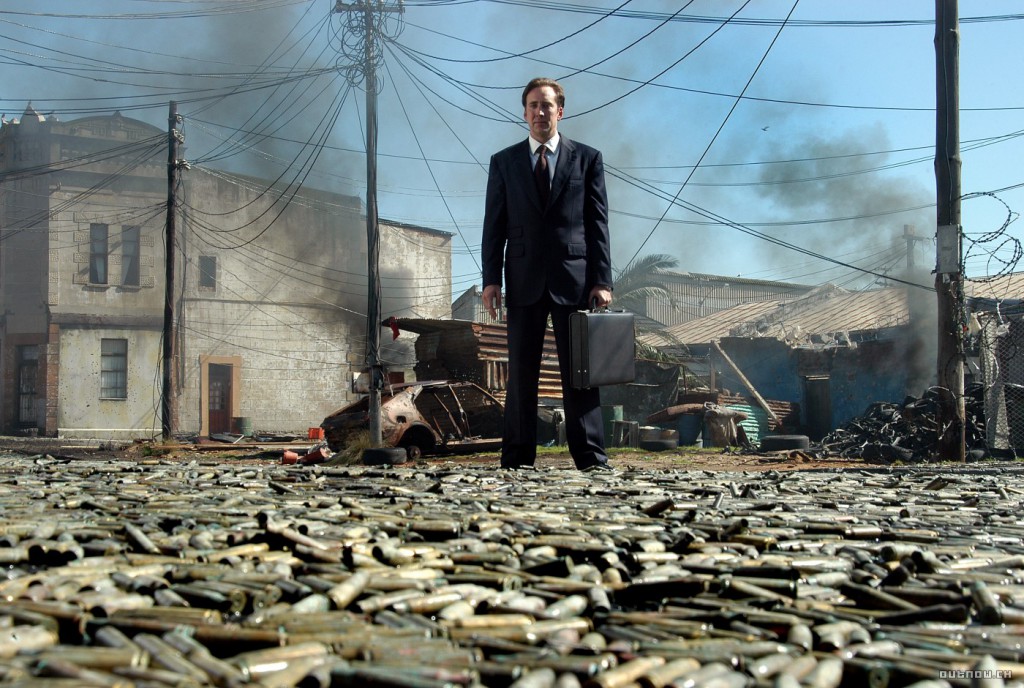 Thirdly, and finally, Lord of War teaches us that the path to hell (= glaring injustice) is paved with good intentions (= rigid adherence to the law). This is epitomized in Valentine’s failed attempts to turn in Orlov for prosecution. Most encounters between these men throughout the movie chart a similar course: 1) Valentine berates Orlov for his unscrupulous deeds; 2) unflinchingly, Orlov either invokes a loophole to justify his dubious business model or reminds Valentine of his limited powers preventing him from carrying out an arrest; 3) Orlov is let off the hook. When one of Valentine’s colleagues – less taken with the rights of detained persons – puts a machete to Orlov’s throat and proposes to finish the job, Valentine – albeit with a heavy heart – declines the offer. He is after all, in the words of Orlov, a man who “respects the rule of law … the rarest breed of law enforcement officer.”